The Value of Simulation in Medical Education 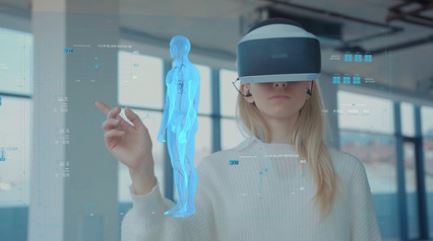 As she stared at the pale frog sprawled out before us, the look of wide-eyed horror on my lab partner’s face was incomprehensible to me. While I had no particular love of biology and certainly no overwhelming desire to dissect a frog, her reaction seemed extreme.

“I’m a Hindu,” she replied. “I’ve never eaten meat, and my culture prohibits cruelty to animals.”

“Well, it’s not like you killed the frog yourself,” I tried to console her.

She just shook her head and covered her hand with her mouth. I sighed, picked up the scalpel, and turned back to the formaldehyde-laden creature to make the initial incision.

Fast forward a few decades later. Introductory biology students can now dissect their frogs virtually. There are many options to choose from, ranging from award-winning low-cost apps to fully interactive software, such as Digital Frog. My teenage lab partner would have been so thrilled (and so would I, frankly, since I ended up doing most of the work without her).

Although simulation-based learning has been around for hundreds of years in medical education, digital simulation hasn’t been as widely embraced in recent times as in some other potentially dangerous professions, such as aviation.  This is due in part to the significant cost; the most basic of simulation labs can cost over $100,000, and state-of-the-art virtual labs with high-fidelity manikins that can realistically mimic patient physiologic changes can run into the millions. The disparity in comprehensiveness between technology can make it difficult to concretely determine the return on investment in such a tool, and there is an ongoing conversation as to how to assign value to various components of simulation as well as assess its overall value. However, there are significant advantages to greater incorporation of simulation in medical training.

The most obvious advantage of using simulation in medical education is that is allows novices to make mistakes without harming an actual patient. According to the Association of American Medical Colleges (AAMC), both the number of medical schools that have a physical simulation center and those that allow students to use simulation in place of hands-on labs or practical sessions is steadily growing. Internal medicine, emergency medicine, pediatrics, obstetrics/gynecology, surgery, and anesthesiology are some of the top areas where simulation is regularly used in either medical school or teaching hospitals. As of 2010, the cost of medical malpractice in the United States was estimated to be $55 billion a year, which represented about 2.4% of annual health care spending. Clearly, the ability to practice high-stakes procedures via simulation can play a critical role in reducing physician error and improving patient outcomes.

The term “simulation” can encompass everything from using cushions to practice chest compressions to the theoretical exercises conducted by the World Health Organization (WHO) to predict how global health emergencies could play out in various countries. Some specific simulation-based trainings that have been studied and shown to positively correlate with improved patient outcomes are procedural. For example, studies show that when emergency teams are trained using simulations in how to quickly and effectively respond to cardiac arrest and other situations where patients can deteriorate rapidly, there is a direct result not only of increased survival, but of decreased ICU admittance and length of stay. Similarly, there are consistently positive outcomes for medical students given simulation-based trainings in specific operations, such as the proper insertion of a chest tube or how to reduce venous catheter-related bloodstream infections. In addition to pursuing more comprehensive cost-benefit analysis data in order to better understand the links between the use of simulation in medical education and real-life outcomes, experts have put out a call to augment the use of qualitative research that may be able to clarify the non-monetary benefits of simulation. In other words: Yes, we should we measure the monetary cost of frogs saved from a cruel fate of dissection as well as the efficacy of virtual dissection training itself, but perhaps we also ought to find a way to quantify the immense relief my high school biology lab partner would have felt had she had access to a virtual option. She might even have enthusiastically helped me to dissect a digital frog.